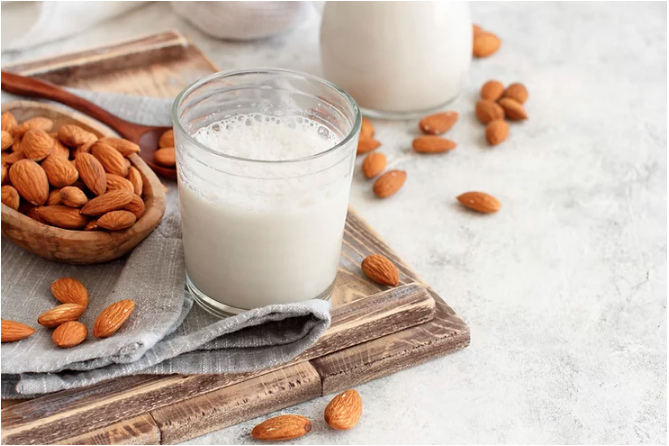 As the name suggests, plant-based milk is a beverage made from plants that resembles milk. It has been widely used as an alternative to dairy milk for vegans, those with allergic reactions to dairy or lactose intolerant. The increasing trend of plant-based and gluten-free diets have led to the creation of a variety of plant-based milk flavours, ranging from oat milk to rice milk. Many have altered preferences from dairy to soy milk in their coffees by reason of taste.

Here are some types plant-based milk and brands you can find in the Czech Republic.

As of 2021, soy milk still prevails as the most popular choice of plant-based alternative milk. It is the only dairy alternative that contains the same amount of protein as dairy milk; approximately 3g per 100ml. Most manufacturers fortify soy milk with other vitamins and calcium to attain similar nutritional content as dairy milk.

Alpro is a Belgium-based company, producing various plant-based alternative milk. Its mission is to support every individual’s switch to plant-based diets through providing alternatives that do not lack in the taste department. Alpro is the most widely available brand of soy milk in the Czech Republic, found in almost any supermarket and drugstore 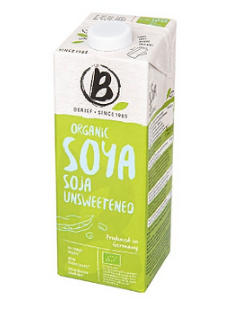 Founded in Germany since 1985, Berief is a father-son family-run business that produces vegetable alternatives, including plant-based milk which was launched only in 2004. Since the introduction of the ‘organic’ seal in the European Union, Berief has also devoted to the manufacturing of organic products. Aside from its range of plant-based alternative organic milk, Berief also produces organic meat and plant-based protein alternatives using soya.

Oat milk serves as the best substitute for people with dairy, nut, or lactose allergy. Oat has become the more preferred option used by baristas in coffee shops, with is foaming effect and dissolution in hot liquid. However, oat milk provides less protein compared to soy or pea milk, but more than others such as rice, coconut, and cashew milk.

Oatly was founded 30 years ago in Sweden, and boasts as the largest and original oat drink company, developing and focusing its expertise around oats. The company is also devoted to sustainable production and environmental friendly processes, using electric trucks to deliver its goods in Sweden, and using 87% of renewable sources in its packaging. Read more about how Oatly is contributing to reducing climate change in their sustainability report here. 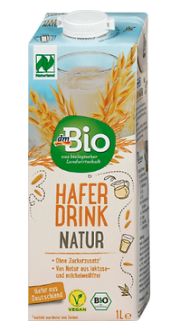 German chain drugstore dm also provides an organic variant of oat milk. It is the most affordable in the Czech market, without compensating for taste or nutrition.

Soya and oat milk are the more popular and more known plant-based alternative milk. However, as previously touched upon, newer are the almond, coconut, hemp, rice, pea, hazelnut, sesame, and many others. Few are available in the Czech market: 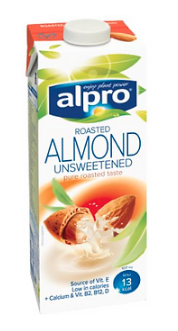 German chain drugstore dm also provides an organic variant of oat milk. It is the most affordable in the Czech market, without compensating for taste or nutrition.

Soya and oat milk are the more popular and more known plant-based alternative milk. However, as previously touched upon, newer are the almond, coconut, hemp, rice, pea, hazelnut, sesame, and many others. Few are available in the Czech market:

With Greta Thunberg’s speech on climate change, it has made many aware of the seriousness and relevance on the topic of environment to the global population. Greta Thunberg is vegan herself, and stresses the correlation between the climate and animal agriculture industry itself. Greta says that people’s refusal to make the easy switch to the plant-based diet was stealing her generation’s future.

A medical study has also shown results of why animal milk is not suitable for humans to drink. Animal proteins produce acid when broken down, and calcium is an excellent acid neutralizer. Therefore, in order to neutralize and expel the acid, our bodies have to use the calcium from the milk and our bones, resulting in weaker bones; in total contrast as to how cow’s milk is marketed to strengthen bones.

Furthermore, cows and humans have similar cycle of lactation; milk is only produced when the mother cow gives birth. However, during this time, the calf is taken away from the mother, and mechanical equipment are inhumanely attached to the cow’s udders to forcefully extract milk. The cows are also put in filthy factory farm and overcrowding conditions, creating emotional stress to the cows. These conditions also make the spreading of diseases amongst the herd easier. Antibiotics are often pumped into cows to keep them alive and producing milk. Approximately 70% of all medically important antibiotics in the United States are sold and used in animals. The United Nations have warned of the threats to antibiotic resistance can cause in the future, with factory farming listed as one of the main culprits by PETA.

The emergence of companies producing plant-based alternative milk have allowed a swiffer shift to plant-based products much painless, without worrying about neither nutrients, taste, nor texture. Companies such as Oatly and Alpro are dedicated to the production of better products and improving the ones already available to the market, contributing and encouraging the shift towards a vegan diet.

Change starts from yourself. Why hesitate and wait? Shop at your latest supermarket for a plant-based alternative milk today!

Thanks for reading!
Purelife Praha