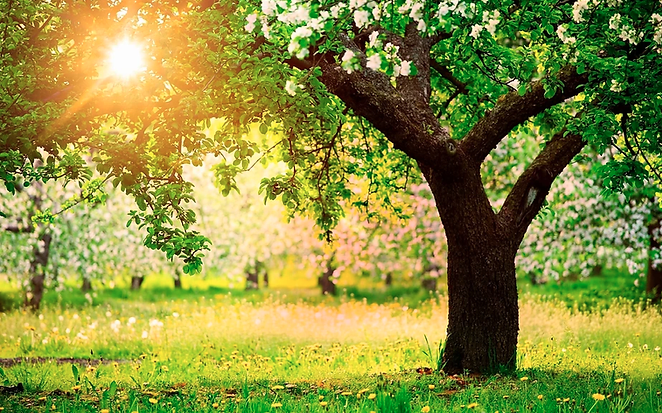 Once upon a hilltop, there were three trees in the woods. They were discussing their hopes and dreams excitedly.

The first tree dreamed to become a treasure chest and be filled with precious stones, shining gold and other kinds of treasure. The second tree hoped to become a mighty ship and carry powerful kings and princes to accomplish important travels. The third tree wished to grow tall and strong on the hilltop. When people saw him pointing to heaven proudly and happily, they would think of God, who had been nourishing him with sunshine and rain.

In the following years, the three trees kept praying that their dreams would come true, until one day when a group of woodcutter came to the woods.

Many years went by and the three trees all forgot the dreams they once had.

One night, a newborn baby was put into the manger made of the first tree. It was an ordinary Jewish child, but there were angels flying and singing around. In the holy light, the first tree suddenly realised that the baby must be more valuable than the treasures of the whole world.

Some years later, the small fishing boat made of the second tree was drawn to the Sea of Galilee. A young man stood on the boat and told the words of truth and life to the eager crowd. The boat listened and listened, knowing that he was carrying the wisdom of the King of kings.

After a few years, the third tree was made into a cross and set up on the top of the hill. It was a sign of shame and pain. The third tree wept in despair, just like the blood coming out of the young man’s hands and feet who had been crucified on it. However, when he saw the tomb where the corpse of the young man was stored became empty because of his resurrection, the third tree suddenly understood that he had always been a symbol of God’s love. Countless people regarded him as a sign of salvation and happiness, as a sign of heaven… 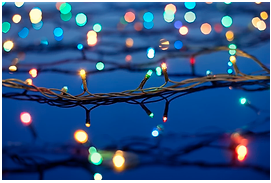 We usually were not able to see by ourselves how we get to be here today; neither don’t know what’s waiting for us in the future. Knowing this brings us a possibility to accept and appreciate things that come to us. Just hold on to the dream and walk righteously towards it, because we know that the best comes at its right time.

What is your dream? What did you want to achieve when you were younger? Have you achieved it or are you getting close to it?

Thank you for your reading!